The provincial company Westtoer and Tourism Flanders awarded subsidies to develop projects as part of the WWI theme year ‘The landscape bears witness’, including two projects by our museum.

The first project involves looking for lost traces in the landscape. No less than 20 partners and municipalities participate in this regional project, under the coordination of Westtoer and the Regional Landscape Westhoek.
In Zonnebeke the focus is on the vanished cemeteries that were very numerous after WWI. A unique land art work will visually indicate the location and via the heritage app you will discover its history and personal stories.
The project will be presented in April 2023.

The second project is a theatre walk in cooperation with the University of Kent. Together with a guide, you go for a walk and stop at various places where actors re-enact scenes from 1920s Zonnebeke. During the walks, stories of both the British and the German visitors will be told and their interaction with each other and the local population. During the performances, the actors will also engage in a dialogue with the war past, the reconstruction and the new frontier tourism. This event will take place in May 2023.

The third project is a temporary exhibition in 2024 that will highlight the role of the landscape during the Battle of Passchendaele. The exhibition will be built around three landscape categories of memory carriers: military cemeteries and monuments, war relics and other landscape elements. In the exhibition, you are taken through the history of the landscape of remembrance in four different ways: via the information section, the personalia, the interactive map table and the ‘landscape kiosk’. In this kiosk you can find custom-made walking and cycling tours, including a walk through the temporary land art project ‘Reflectiepunten’ in the castle park of Zonnebeke. This is an extension of the temporary exhibition and will open in the spring of 2023.

Photo: Detail of a tourist map from the 1920s showing both Allied and German cemeteries. MZ 13645 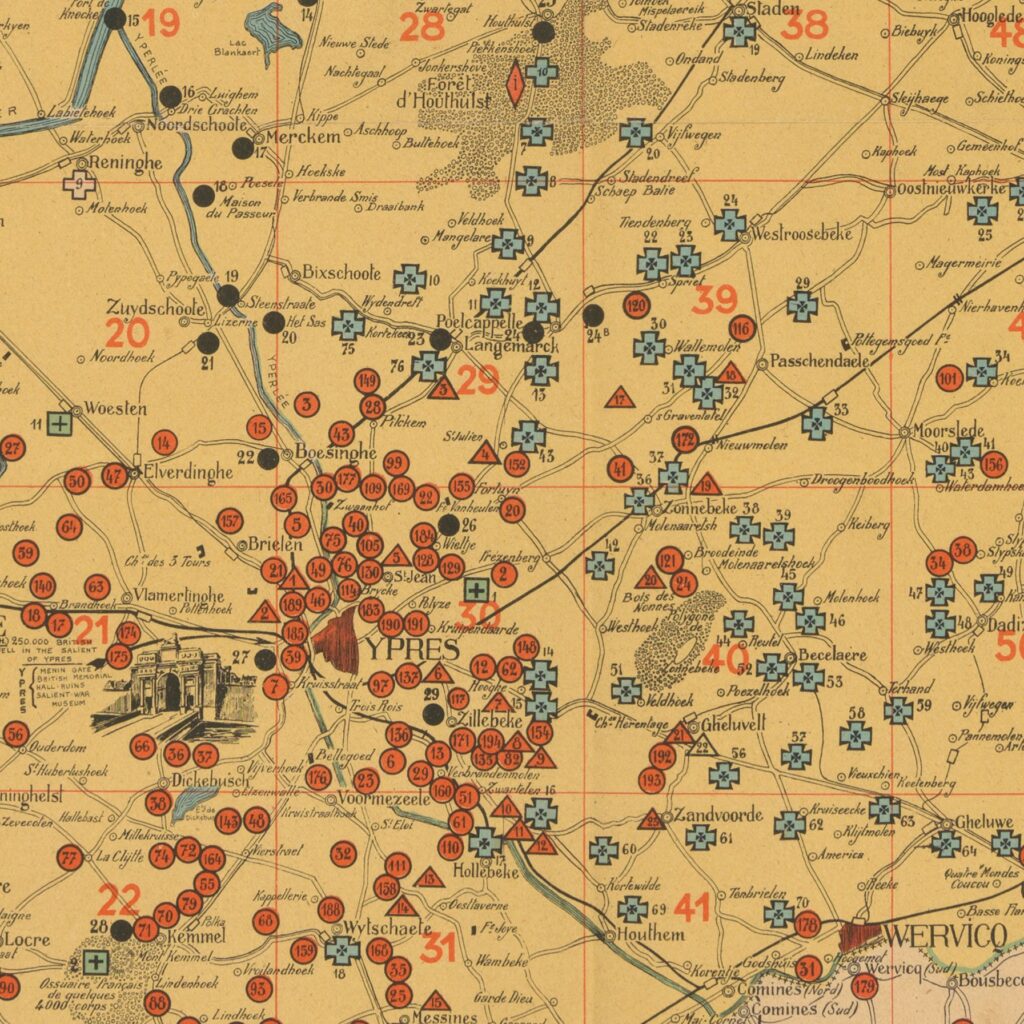 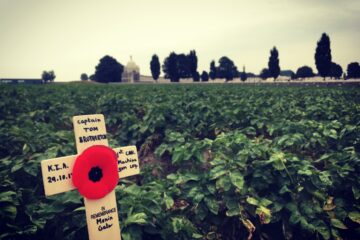 On 25 May 2022 the Passchendaele Museum launches, an online geoportal, “Names in the Landscape”, with the support of the Flemish Government and Library and Archives Canada. This online portal shows where more than 1,400 Read more…